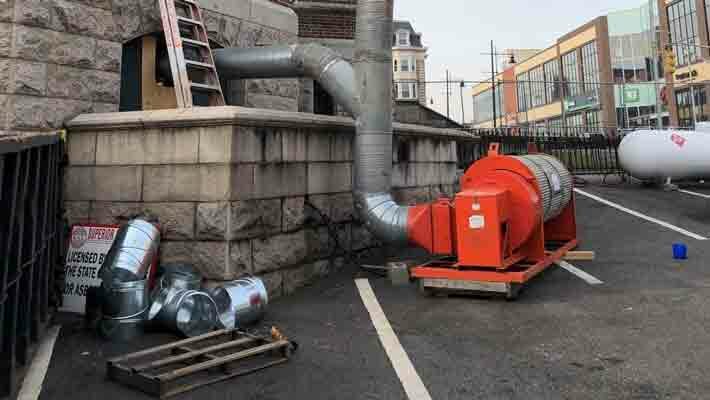 For almost 30 years, Superior Abatement, Inc. has specialized in demolition projects. This includes asbestos and lead abatement, as well as the removal of other contaminants like PCBs, heavy metals, hydrocarbons, and more.

Last winter the company was called in to remediate the historic Passaic County Courthouse, which was built between 1898 and 1903, before restoration work could begin. The project involved three floors with high ceilings in the 35,000 ft2 building. “We’re talking about a lot of cubic feet,” recalls Superior Abatement owner, Nick Petrovski.

Superior Abatement brought temporary heating equipment on site. But it wasn’t working. Water hoses, which were used to wet down materials for asbestos removal, froze. Employees couldn’t “shower out” after a day’s work of remediation.

The three heating units, dedicated to each floor, couldn’t produce enough heat. Nor could they distribute hot air, which resulted in a very cold courthouse.

“Of course, a cold environment slowed production,” adds Petrovski. Maintaining multiple units also took up a lot of time. The units needed to be refueled every day. “Nobody wanted to be out in cold playing with the units.”

So, the company brought in a BABFAR DF-6 unit. It was the first time the company used BABFAR. According to Petrovski, it won’t be the last.

BABFAR technicians walked the courthouse site, met with supervisors, recommended a unit with 6,000 cubic feet per minute (CFM) capacity, and designed a ductwork plan that would deliver heat to all three floors. When the equipment arrived, BABFAR trained supervisors on start-up and basic troubleshooting.

Though the three existing units generated the same BTU and almost three times the CFM of the BABFAR unit, the change was dramatic. “A single BABFAR heater had more power than the three other units combined,” says Petrovski. This highlights the inefficiency of indirect-fired heaters.

In addition, the crew never had to maintain the BABFAR unit. And a 1,000-gallon propane tank meant they never had to refuel the unit. The company fired-up the unit each day at 6 am before the crew arrived. “The guys actually complained about too much heat. So, we had to turn the units down.”

But the most exciting part of the project was how the heaters helped with “air scrubbing.” During gross removal and fine removal of hazardous materials, air filtration devices (AFDs) are used to trap particles and contaminants. Not only did the BABFAR heater generate more heat, but it also generated more airflow, which helped to clean the air. AFDs, also called negative-air machines, suck air from inside the building and use a three-stage filtering process to capture contaminants. The BABFAR unit, with its high CFM capacity, created positive pressurization, which improved air circulation and helped the AFDs extract contaminants from every nook and cranny of the building. 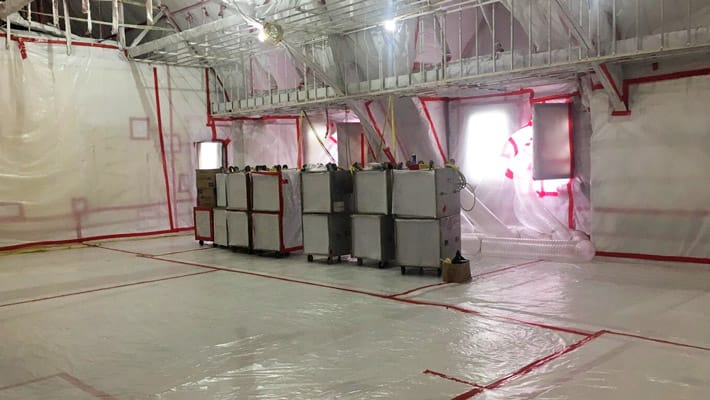 At the end of the day, the BABFAR unit required a little more time to install. But once it was set up, it did the job and it didn’t need any attention. The diesel heaters Superior Abatement started with, on the other hand, were easier to set up but required a lot more maintenance and refueling. “I wish I knew about BABFAR sooner,” says Petrovski.

This information box about the author only appears if the author has biographical information. Otherwise there is not author box shown. Follow YOOtheme on Twitter or read the blog.
Twitter response: "Bad Authentication data."

Get a Quick Quote

Submit the following information and one of our representatives will contact you as soon as possible.